READY TO LEAD – ON ALL OUR CHALLENGES

Ann is a former chief human trafficking prosecutor, current teacher and small business owner who works in our criminal justice system as an attorney for many who cannot afford a lawyer. Ann has a long history of standing up for the most vulnerable in our community. When told a righteous challenge doesn’t stand a chance – she works harder to bring people together to reach the right result. She has successfully taken on the system by reaching across the aisle and breaking down old barriers to create common sense solutions for victims of human trafficking. She knows penny-wise and pound foolish decisions for political gain end up costing the rest of us in the long run. Ann knows we can do better and promises to lead with an eye on the collective future and not her next election. 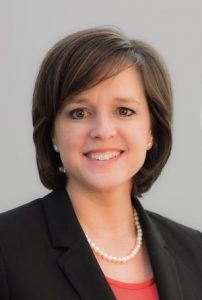 Ann knows more unites us than divides us and sees an opportunity for the State Representative of the citizens of House District 134 to lead on all our most daunting challenges.

As the youngest, Ann would most often go to her family’s law firm after school where she learned from her parents the honor of being someone’s trial attorney. As a lawyer herself, Ann has experienced the awesome responsibility of standing in a courtroom and speaking for those who are unable to speak for themselves.

Ann earned a Bachelor of Arts degree from the University of Texas. While attending The University of Texas, she worked for Texas State Rep. Mike Martin and Rep. Craig Eiland. Ann later worked for United States Congressman Jack Brooks in the House Judiciary Committee and then in the Legislative Affairs Office of the White House during the Clinton Administration. 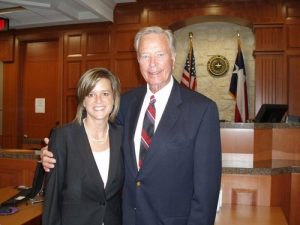 Ann went on to get her law degree from the South Texas College of Law. After graduation, Ann worked as a briefing attorney for the Hon. Leslie Brock Yates, then a Justice on the Fourteenth Court of Appeals. Afterward, Ann became a prosecutor with the Harris County District Attorney’s Office. In 2005, Ann left the District Attorney’s Office following a cancer diagnosis.

Ann beat cancer and entered private practice with her dad, Jake, where she represented citizens with civil, criminal and juvenile matters. Ann’s docket included the representation of many children in a mental health court specialty docket and victims of prostitution. She was a founding member of the GIRLS Court (now CARE Court), a special court dedicated to assisting children lawfully brought to the juvenile justice system who may also be victims of human trafficking.

Ann also pursued an active appellate practice, litigating cases in the First and Fourteenth Courts of Appeals and the Texas Supreme Court. One of her most significant cases was In re B.W., in which the Texas Supreme Court reversed the Harris County District Attorney’s prosecution of a 13-year-old child for prostitution and created a framework for protecting child victims of exploitation and human trafficking. 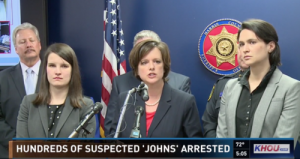 Ann returned to the Harris County District Attorney’s Office in 2013 as the Human Trafficking Specialist focusing on increased identification of victims and prosecution of exploiters such as pimps and johns. In addition, Ann was instrumental in the creation of SAFE Court, a program designed to help those charged with prostitution, between ages 17-25, to escape the revolving door of criminal justice. Her work led to the establishment of the Human Trafficking Section where she served as the Chief until 2017.

Ann is now in private practice at Johnson Martinez LLC. She continues to fight on behalf of victims of human trafficking. She represents children in juvenile courts and CARE court and represents many in our system who do not have the ability to hire a lawyer in our criminal justice system.

Ann is also a teacher. A tradition she carriers on from both her parents. Her father, a retired Marine Corps Aviator, was a public school teacher and the ROTC instructor during his early career at Jones Middle School and Milby High School. Ann’s mother, Hon. Carolyn Marks Johnson, was a teaching fellow at the University of Houston, taught at Alvin Community College and South Texas College of Law Houston. Today, Ann loves that she gets to teach along side her mother.

Ann’s strength in working with others was recognized by her appointment to the American Leadership Forum’s Criminal Justice 2 Fellows Program, a program designed to join and strengthen leaders involved in the criminal justice community.

Ann is an active member of the Texas Children’s Justice Act Task Force. 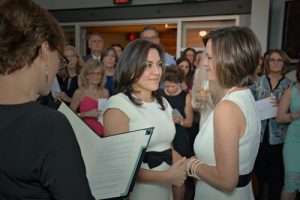 Ann and Sonya married as soon as the law allowed. They have 3 rescue dogs and lots of wonderful nieces and nephews.