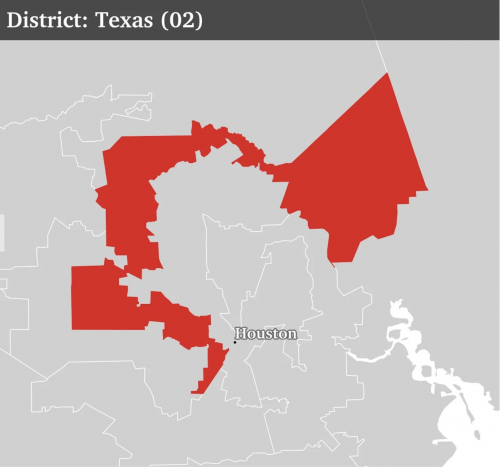 Voters deserve fair and free elections where their voices can be heard. Voters’ districts should be drawn fairly, and voters should be able to safely exercise their right to vote, in person or by mail.

Texas Republicans have drawn district lines to deprive voters of their rights by creating some of the most gerrymandered voting maps in the country. The maps they drew after the 2010 Census were so racially gerrymandered that they were thrown out by the US Supreme Court. New maps were drawn, but Texas is still one of the most gerrymandered states in the country. Righting these wrongs will be one of the most important issues during the 2021 Legislative Session, and we’ll need a Democratic majority in the State House to ensure voters choose their representatives, not the other way around. We are nine seats away from winning that majority.

Ann knows the lengths to which Republicans will go to to draw maps in their favor. When Ann first ran to represent Texas House District 134 in 2012, she was inspired to run because she knew the Tea Party incumbent, Sarah Davis, was not serving the best interests of our district. At the start of the race, the district typically voted 51% Republican – a fair map.

However, Davis and the Republicans in Austin saw that Ann’s message was resonating with district residents and got nervous. Midway through the race, they redrew the lines to create a 57% Republican district. Ann will fight for an independent, nonpartisan redistricting commission so that sort of election-meddling can never happen again.

Texas Republicans have doubled down on their commitment to voter suppression by refusing to expand vote by mail during the COVID-19 pandemic. Vote by mail is safe, secure, and during this public health crisis – a must. Sarah Davis has sat idly by while her party puts politics over people.  Ann believes nobody should have to choose between their health and their right to participate in democracy.

A Democratic majority and fair elections start here in District 134. Ann Johnson will represent the interests of every person in our district, including their fundamental right to a fair and free democracy.